Being A Black Teacher In China Was Frustrating

Being a black teacher in China was frustrating 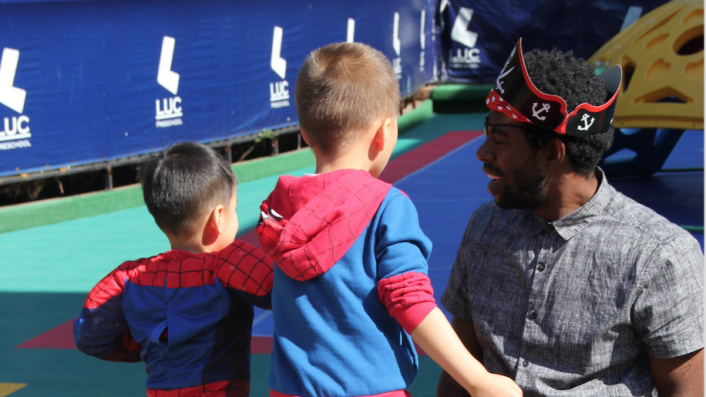 Anthony lǎoshī – Anthony teacher – that’s how I was first introduced to the children at Eden Dream Kindergarten in Shanghai. I’ll never forget my first day: a classroom full of Korean children staring back at me as I sat in front of a whiteboard, trying to teach phonics and not having a clue what I was doing.

Growing up in London gave me an insight into different cultures and beliefs. When I told my family and friends that I was moving to China, they were perplexed and confused. Why would anyone want to leave?

I’ll admit it: I was naïve about how easily I’d fit in in a new land with a new language and traditions. Back in the UK, I was one of a sea of faces; in China, I stood out like a peacock among a flock of pigeons. To the Chinese, I was a lǎowài (foreigner), black then British – even then some couldn’t believe that I was British. I was told I was American, South African and Australian – apparently, cockney doesn’t translate to Chinese.

During my first year in Shanghai I encountered many challenges: homesickness, new customs and adapting to a new way of life. My main obstacle was the language barrier, and the few awkward conversations I had in Mandarin left me wanting to run back home, put a blanket over my head and hide.

I remember walking into a restaurant and being dumbfounded at a menu filled with what seemed like hieroglyphs and squiggles. I stood there aimlessly lingering as the woman behind the counter waited impatiently for my order.

Finding employment became an arduous task: I didn’t fit the mould of what a British teacher looked like. A multitude of teaching agencies said some schools wouldn’t even interview me due to the colour of my skin, as if being white was all the skill you needed to fill a résumé.

That first year was frustrating.

I had to become an ambassador for my people

Nevertheless, I eventually found an advert for a position as an English teacher, 10 minutes from my apartment, at a small Korean kindergarten. However, 10 minutes can be very intimidating when it’s the difference between mingling with a handful of expats and not seeing another lǎowài all day. A week later, I received a call inviting me to an interview.

I arrived a few days later, suited and booted and ready for a long interview, but when I arrived, I was greeted by my principal who bowed and then pointed to my shoes. I was very confused, but I took them off and entered the kindergarten. Korean fact: before you enter a Korean household, you need to remove your shoes or it’s a sign of disrespect, as cleanliness is a big part of their culture. I wish I had known that before. I was welcomed with a variety of slippers to choose from, but none of them were designed for a man with size 10 shoes, so my first few weeks I found myself teaching in my socks. Thank goodness for under-floor heating.

My new workplace was small compared with some of the other schools I’ve worked at. We only had five classrooms and I taught English to all the children, starting from three to seven-years-old. Some year groups had six pupils, other classes had 20. Every class had a Korean or Chinese teacher and I alternated between each year group. Most of the children had never interacted with a westerner before, let alone a tall, black one with an afro and a cheeky grin. My nephew said he envisioned me teaching London slang words like “innit bruv” or “you get me”.

Meeting my students and colleagues for the first time was hilarious. Some reactions went from uncontrollable giggling to one child screaming and running out of the room in terror. It took her about a year to get used to my smouldering looks but, in the end, she followed me everywhere. My appearance became a point of fascination for a while; some students would stare at me from the other rooms and hide when I glanced in their direction.

The braver students would compulsively touch my hair and skin as if they had found a mythical creature that needed to be dissected and studied for further analysis. They would call me “chocolate teacher”, not understanding the connotations of those words. It wasn’t racism, just a lack of awareness: children are blunt and straight to the point. My skin looked like chocolate and I was their teacher – it was as simple as that. I used to compare both skin tones to show them that we were both brown, but I just happened to be a darker hue. After they kept describing themselves as yellow, I gave up in the end.

I would only hear those dreaded words spoken at the beginning of a new school year and started the process again. I found out quickly that it wasn’t just the pupils – most adults I met, with some exceptions, either had a lack of understanding on the subject or were ignorant and rude. I had to be more than just a teacher; I had to become an ambassador for my people while trying to be myself. It was a lot of stress.

Because I didn’t speak Korean or Mandarin, moments of miscommunications would become a daily occurrence. I was given a phonics book and told to teach one page a day. The information inside wasn’t enough to teach an hour-long class, so the responsibility of creating an English curriculum was put solely on me. I had no mentor to guide me, so I had to learn to think beyond the text and plan lessons. I had to learn to become creative and playful while assessing each child as an individual. Ultimately, as a foreign teacher, I was treated with respect and my opinion was valued. My principal allowed me the room to make mistakes and experiment with my lessons. I was lucky enough to work with hard-working, determined colleagues who helped to translate, co-teach and keep the students on track. Those students were some of the best-behaved children I have ever taught.

I worked at a few other places in China, but never had the same connection with the teaching staff or children. I didn’t go to Shanghai with an expectation of how life there would be – I just kept an open mind, had a good attitude towards change and enjoyed a unique experience full of weird, wonderful moments and new possibilities. I had the opportunity to travel to places that I wouldn’t have seen if I had stayed in London.

I learned a new language and new customs. I became a husband, father, role model and a teacher. Being a teacher was creative, pastoral, difficult, fun, time-consuming, and most of the time I felt like banging my head against a brick wall. However, I was given the chance to inspire my students, watching them grow and become more confident.

We learned from each other and I found out that you don’t need to speak the same language, you just need patience to find common ground.