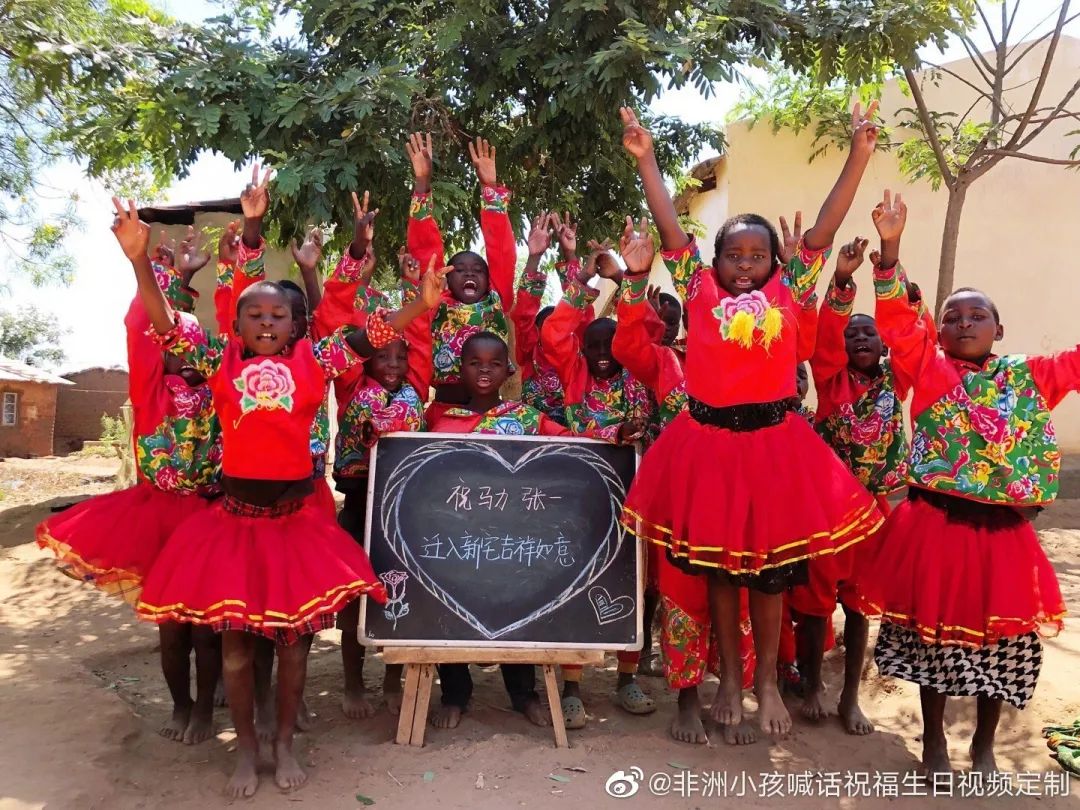 Malawian kids being exploited by Chinese

Those kids you see in the wildly popular video being made to shout ‘I am a Nigger with Low IQ!’  by some Chinese guy might be from Malawi and it is time we stopped that type of behaviour.

That video is just one you heard of, there are others of Chinese putting black boys sitting on their laps and making them curse in Mandarin. There are is another of a Chinese man making fun of the lip-pulling tribal woman of Ethiopia by trying to kiss them.

A simple search on the Chinese copy-cat of Twitter, Weibo, gives thousands of hits of such videos, they have been in circulation in China for years. I tracked down one such page (非洲小花妞祝福视频拍摄) roughly translated as ‘African little girls singing blessings.’

Chinese looking to spice up their birthdays or looking to impress their girlfriends with black skin – a rare, feared, hated, and often misunderstood thing – cough between MWK5000 and MWK50,000 for a customized one. Once the money is in, the Chinese on the ground in Africa invites a group of unsuspecting black people, usually young men, children, and mothers from rural and semi-rural areas for the shoot. They are dressed up, sometimes in Chinese attire, and made to parrot some phrases in Mandarin while goofily dancing or posing.

The video is then dispatched to the happy customer who posts it on social media for friends to awe and asks how black monkeys from the Savannah got to sing happy birthday to them by name.

Remember, all these videos are being posted and transacted on WeChat, QQ, and Weibo, where police come to your door if you post political opinions authorities don’t like. The fact that these videos are freely floating on there – you can draw your own conclusions.

Deals are made on Wechat

To convince the communities, these Chinese men buy snacks and ‘donate’ and pretend to be doing philanthropy.

This is happening in Zimbabwe, Zambia, and Malawi. The products that were ‘donated’ there and ones that appear in their online picture catalogues are in line with the products you can find in the said countries. According to this highlighted videographer, these kids and mothers are Malawian and the young men are Zimbabwean and you young women are from Zambia. There is even a service from Egypt and Ukraine.

In a blog post defending this Blaxploitation, the vendors claim their ventures have ‘greatly improved the conditions’ of the places they shoot from and that they donate food and money that is ‘more than what the parents earn.’ See below (link in Chinese). Does it look like a donation to you if the donor demands you wear some fake silk dress and chant like you are in a Kungfu movie before you can collect your ‘donation’?

In China there are 1.4 billion people there, these guys make thousands of videos and that translates to millions on money, no wonder they are now expanding to the Middle East and Eastern Europe to get brown and white monkeys to dance for Chinese audiences too. This particular page, by his own admission, has produced over 100,000 videos, you can imagine the amount of money being made.

If you conclude that this is acceptable, then cool…if not then the Chinese that are filming these videos around the Njewa Area in Lilongwe and other areas in Malawi need to be warned off it or maybe brought in for ‘a talk.’

In any case, if there is going to be a donation, let it be a donation, because the videos make a lot of money and they should not be hidden behind ‘charity.’ In the caption accompanying the picture below, the vendor said buy his video so his mother can afford some rice. The opening up of the country to China should not include uncultured, racist, and exploitative elements like these. Some that feature in ads are not even 2 This guy and his click in Malawi need to get got

Just look at the video below (YouTube Link) of a Chinese boomer putting a kid on his lap and making him say the worst curse words you can find in the Chinese dictionary.

I hope the media, the Chinese, and Malawian authority, and anyone who can read will make sure not another video like that is made again from Malawi or Zambia or Zimbabwe. The people don’t know what they are talking about and the fact that some videos are being made that are humiliating and criminal means the whole enterprise is suspect.