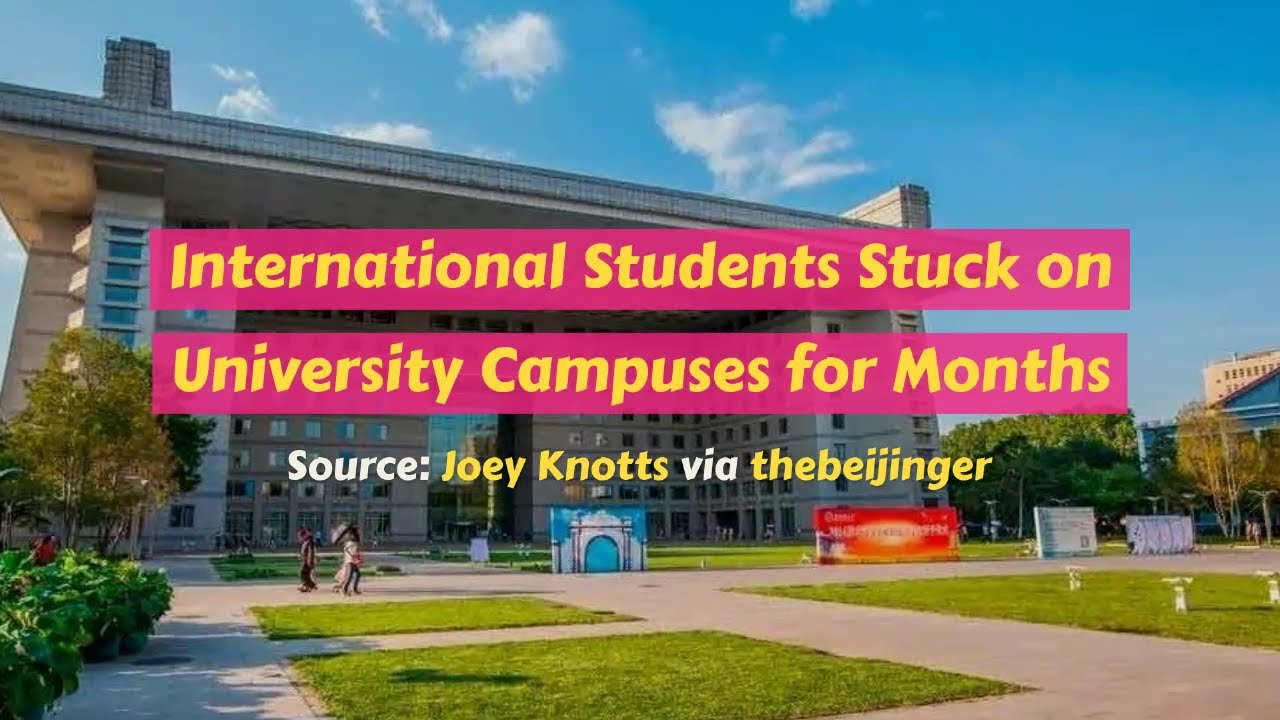 Even before Beijing reduced its risk status at the end of April, many communities were already beginning to open up, allowing deliveries and service providers to enter with ease. As restrictions continue to loosen and some communities now even allow social visits, some international students are beginning to wonder when their campus will do the same.

And they have good reason to wonder given that they have essentially been stranded on campus since January.

Around Beijing, universities closed their gates as the pandemic spread and the majority of local students returned home for Chinese New Year, continuing their studies online.

But going home has not been so simple for those international students who were either unable to acquire plane tickets home, did not have the money to do so, or were faced with not knowing when they’d be able to return to finish their studies.

TheBeijinger spoke to several such international students who said that they were never given an entry-exit pass, meaning that once they step off campus they are effectively unable to return to their dorms.

One student at the Beijing Film Academy said that his campus could grant a two-hour pass for students to leave in case of “necessity,” such as visiting the bank, although longer passes valid for several hours were issued over the May Day holiday.

“It’s not clear how and when the situation will evolve,” said the student. “It seems like it just happens by the day.”

“I chose to stay because I trust the Chinese government,” another student told us.

He is one of a couple of dozen international students who chose to sit tight at Beijing Normal University, where he studies environmental science.

Students on that campus are able to meet each other on campus but are not allowed to visit each other’s dorms.

TheBeijinger also called several university administrative departments, but they were unable to tell us where the order to keep campuses closed comes from, nor how long it will be in effect.

TheBeijinger was told, however, that announcements of reopening will be issued ahead of time in order to give returning students time to make travel plans.

As large swaths of Beijing return to normal, it’s growing increasingly clear that these students are being let down by the very institutions that they looked to help better themselves.