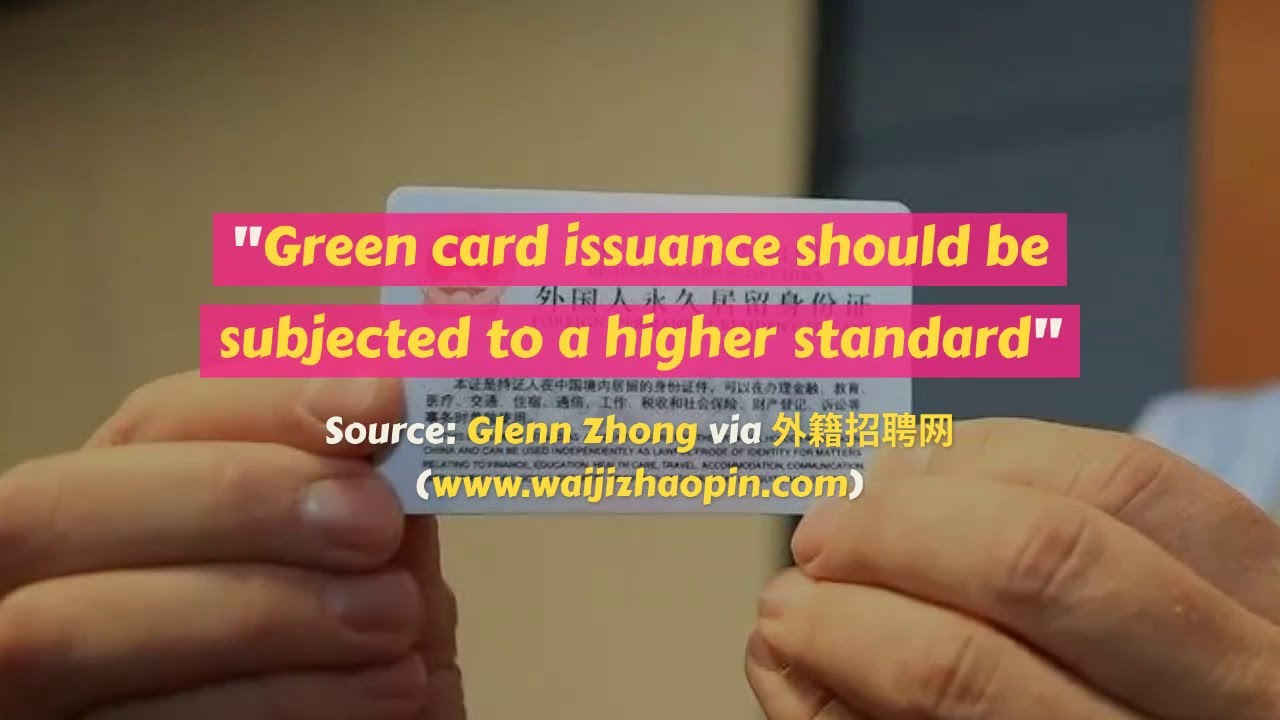 “Green Card Issuance Should Be Subjected To A Higher Standard”

A deputy to China’s top legislature has proposed that China should be strict in granting permanent residency to foreigners, specify their legal duties and avoid super-national treatment after a draft regulation on Chinese green cards sparked controversy.

He Xuebin, a National People’s Congress (NPC) deputy, raised the proposal at a sideline meeting of the annual NPC session.

He noted the threshold for issuing green cards is too low without clear standards or requirements.

Processing of applications should be transparent and under public supervision to avoid black case operations, He said.

The deputy also said that the draft bill should elaborate on foreign permanent residents’ legal duties to avoid super-national treatment, such as whether they need to join the car number plate-lottery, abide by family planning rules, and how they will be handled if they break the law.

The draft should also consider the potential culture shock brought about by permanent residents, such as ethnicity and identity recognition, as well as cultural and religious hybridity, He said.

The new draft relaxed the requirements to attract more international professionals, exchanges, and investments to increase the country’s global competitiveness.

However, some of the new clauses in the draft have stirred controversy among the public.

The draft has removed the “no criminal record” requirement for applicants, which led many netizens to worry whether the loophole will be exploited by law-breakers.

“It is necessary to set strict standards, tighten quotas, and raise the threshold for applicants to make China’s green card valuable” – He Xuebin

A Beijing-based law expert, who requested anonymity, said that He’s proposal touched on some pain points of the public, as there are worries about foreign residents taking domestic jobs and using welfare resources.

“To keep our economy and our country open and active, it is the right direction to welcome more international talents, and challenges in detailed implementation should not stop the legal work” — The Beijing-based Lawyer

China started the green card system in 2004 and about 20,000 foreign nationals have received permanent residency in China.