You DO NEED a License To Drive An E-bike

For context: This article is a conversation between us and a follower of ExpatRights regarding E-bikes, Licenses, and Temporary Licenses.

You DO NEED a License To Drive An E-bike 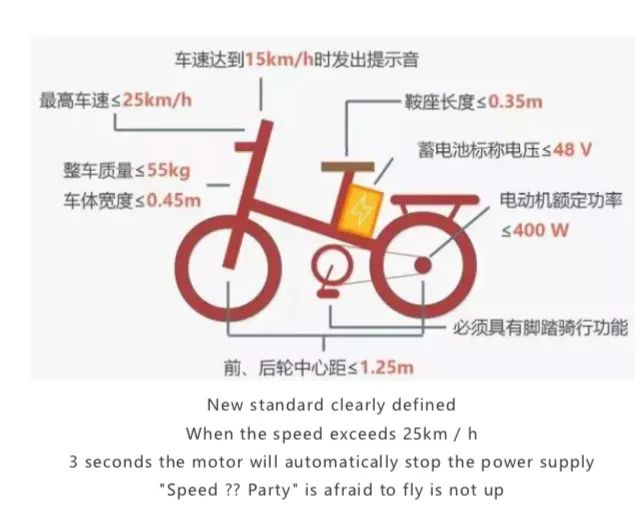 Regarding Temporary and Foreign Driver’s Licenses –

In summary:  E-bikes DO NEED a license and insurance. Also, your home country Driver’s License most likely will give you that when converting to a PRC license.

Many people have been scouring the windsurfing electric bike scared a cold sweat. In recent years, electric bicycles play an increasingly important role in

life. However, the quality of electric bicycles is getting bigger and bigger and faster and faster, which not only seriously occupies the lane space but also poses a lot of potential safety problems. January 16, “electric bicycle safety technical specifications,” the draft for national approval for public notice, speed, weight, fire safety, and other indicators revised and enforced.

The new standard comprehensively enhances the safety performance of electric bicycles, from the original part of the mandatory force to the full text, increased tamper resistance, fire performance, flame retardant, charger protection, and other technical indicators, adjust and improve the speed limit, the vehicle Quality, riding capacity and other technical indicators

Vehicle quality (including battery) from 40kg adjusted to 55kg,

And has a mandatory function of riding a pedal. Why do these changes?

In recent years, the non-standardization of electric bicycles has become even more serious, bringing with it many dangers:

◆ Affect the prevailing order. According to the law, roads in our country are divided into motor lanes, non-motorized lanes and sidewalks. Article 58 of the

Road Traffic Safety Law stipulates that the maximum speed of electric bicycles traveling in a non-motor vehicle lane shall not exceed 15 kilometers per hour.

However, some of the over-standard electric bikes travel more than 40 kilometers per hour, which is much higher than that of bicycles but significantly lower than that of automobiles. There is a big speed difference between motorcycles and other non-motor vehicles, posing a serious traffic safety hazard.

Exceeding the number of electric bicycles in the motor vehicle lane will lead to frequent overtaking vehicles, lane change, prone to scratch accidents, is not conducive to improving the efficiency of road traffic; driving in non-motorized vehicles, will lead to excessive overtaking of electric bicycles, lane change, seriously affecting the normal traffic order of non-motorized vehicles and severely endangering the safety of other non-motorized drivers.

◆ Lead to a large number of accidents. Most of the drivers of excessive electric bicycles have not obtained the training exams, have not obtained the driver’s license of motor vehicles, and their traffic safety awareness is generally not high, resulting in many traffic violations. In addition, excessive electric bicycles can cause traffic accidents with heavy speed and heavy bodyweight. Casualties and property losses, aggravating the consequences of the accident. What is the real meaning of modifying standards?

As a road vehicle, electric bicycles need to balance safety, order, and efficiency, but safety is always the priority. Exceeding the standard on electric bicycles on the surface faster and more efficient, but it also brings a serious traffic safety hazard, causing heavy casualties and property losses, which do not meet the concept of security development, does not meet the supremacy of life, safety first thought.

The revised “Technical Specifications for Safety of Electric Bicycles”, in line with the principle of maximizing the common interests of all road traffic participants, adhering to the non-motorized attributes of electric bicycles and adjusting the speed, size and weight of electric bicycles On the basis of restrictions, will help curb the source of “over-standard car” production and sales.

Below is a link to an article regarding “License Points System” used in PRC created by 全国交通网. Please be aware the article is in Chinese only, so you may need to use a translator for it: