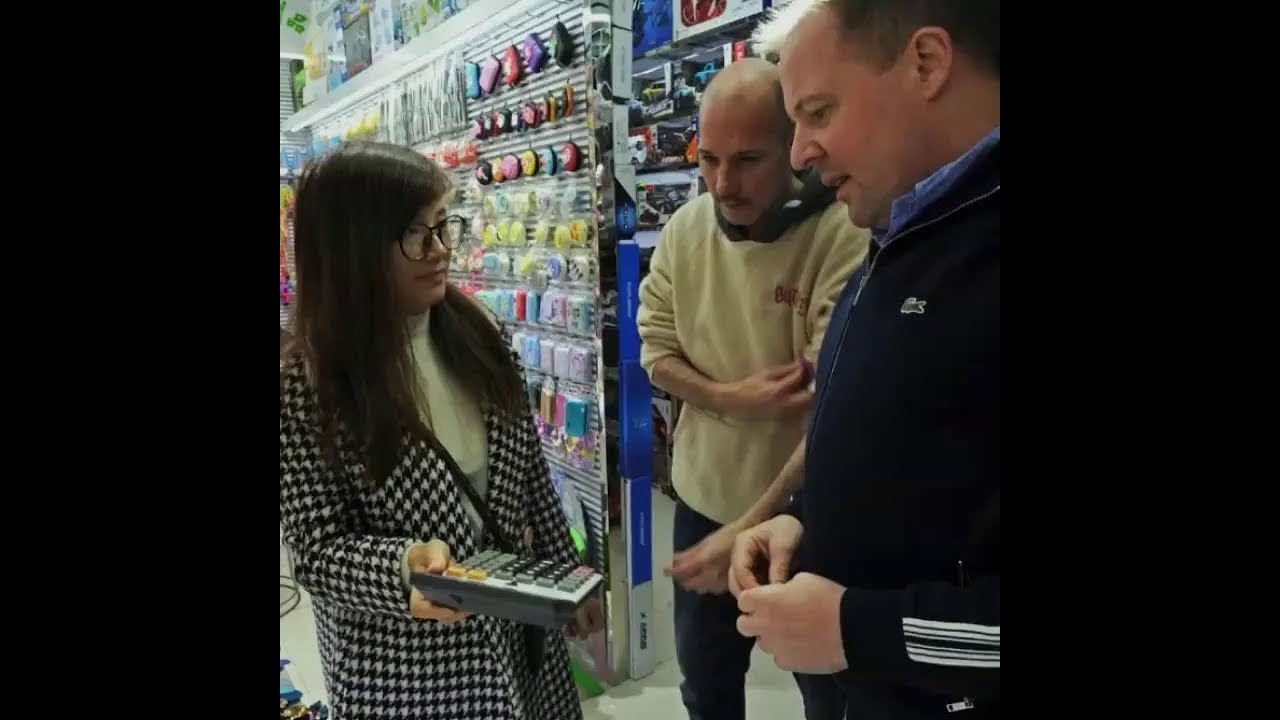 Foreigners helping to maintain traffic, taking part in community service, and mediating business disputes. Scenes like these may be rare in many parts of China but are common in the country’s small-commodity hub of Yiwu.

The city in the eastern Zhejiang province dubbed the “World’s supermarket”, receives more than 550,000 overseas buyers and sells commodities to more than 210 countries and regions every year.

Daily, there are around 30,000 foreign purchasers in Yiwu, half of whom live in hotels while the other half live in the city as permanent residents, said Lin Yi, secretary of the Yiwu Municipal Committee of the Communist Party of China.

Apart from sharing the dividends of China’s reform and opening-up in the small-commodity capital, foreign businessmen have also been contributing their efforts and wisdom to the city’s development and social governance.

Each year, the local legislature invites more than 10 foreigners to attend its annual session.

Kok Chit Hock, a Malaysian businessman who has been living in Yiwu for 15 years, has attended the legislative sessions several times. “We are not just watching as bystanders. The authorities listen seriously to our advice and have even adopted some,” he said.

Kok said he proposed building a new type of nursing home to give the elderly more freedom to connect with the community during the legislative session this year. “I didn’t expect that the Yiwu Market Development Group would call me to learn about the matter the next day,” Kok said.

Iranian businessman Hamid Dehghani, another regular attendee of the legislative sessions, said local authorities have taken his advice multiple times during his 16 years in Yiwu.

It took him eight months to set up the first wholly foreign-owned business in Yiwu and he made many trips to the provincial capital of Hangzhou and even Beijing to get the approval, Dehghani said.

Later, the local government adopted his advice to set up a one-stop international trade service centre to handle all foreign-related businesses to greatly improve government efficiency.

Dehghani, who has a PhD in psychology and is fluent in six languages, also helps mediate disputes between residents in the Jimingshan residential community, home to over 2,300 foreigners from 74 countries.

“I love meditation. I’m thrilled to see people who come for help in anger but leave with hugs and smiles,” he said.

The massive small-commodity market in Yiwu, home to 75,000 wholesalers, has set up a mediation committee for foreign-related disputes and has recruited foreign mediators to better win the trust from foreign buyers.

Chen Jinyan, director of the mediation committee, said the committee now has 13 part-time foreign mediators from 12 countries, and they have become good helpers in resolving trade disputes.

Over the past six years since its establishment, the committee has successfully mediated over 400 foreign-related cases worth a total of 58.7 million yuan ($8.3 million).

The mediation model can not only solve foreign-related disputes in a highly efficient way but also provide a platform for foreign businesspeople to learn more about Chinese laws and regulations as well as culture.

To promote in-depth integration of foreign businessmen and local people, authorities in Yiwu have also hired foreigners to serve as “street chiefs” along with locals to patrol to see if there are any environmental or traffic issues.

Many foreigners have also joined voluntary blood donations and taken part in community activities, including taking care of the elderly.

“We will continuously improve the business environment, the social environment and the city landscape to better serve foreign businesspeople in Yiwu and let them live in an international city where they are safe and given a level playing field,” said Lin, the city’s Party chief.