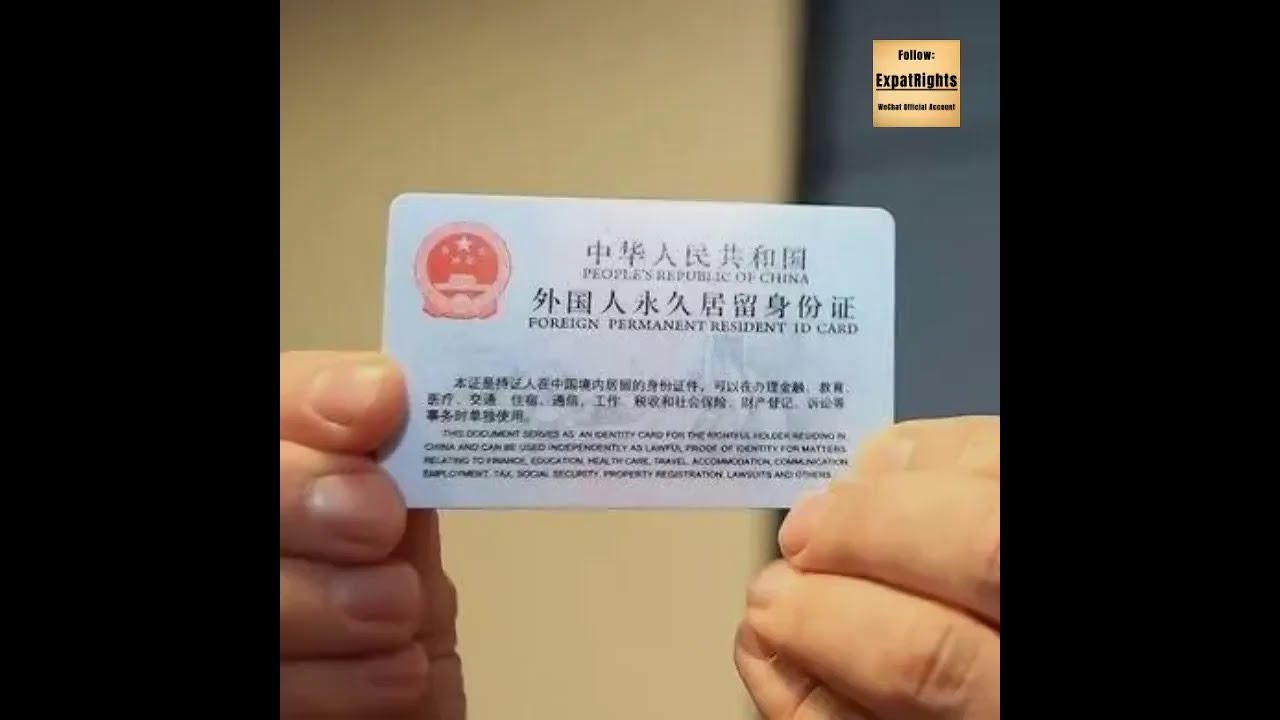 The validity period for a “Chinese Green Card” is for only ten years, so effectively, it could be considered a long term visa rather than identification. Since China issued the first green card in 2004, relatively few people have renewed it. Some people we know have been able to renew with just providing their current Green Card, passport, appropriately sized photos, police registration, and application form. In contrast, others got their renewal requests declined due to change of status (e.g., no longer in the investment they made or divorced, etc.). This issue may have something to do with the city regulations where they applied.

If accepted, the individual is considered a permanent resident of China. This status could affect life back home, such as regarding loans, access to credit, credit cards, and much more. For many people, it is much easier for access to such things back home than in China due partly to the laws and regulations of your home country.

Foreign nationals are considered Chinese tax residents and get taxed on worldwide income and assets with no way to get around it legally (e.g., with the time out of China).

As noted in other articles about changes in the Chinese individual income tax regulations, China is checking the tax status of its foreign residents through agreements such as CRS, so it is getting increasingly difficult for such to be under the radar. For people that do business around the world, for example, this makes this Chinese legal status an expensive option, at best.

As we just mentioned, Green Card holders are considered Chinese tax residents. Other countries may also still require their citizens to pay taxes in their home country, resulting in a potential double taxation scenario. In some instances, this may be avoidable; however, if this is not the case, it may be an essential consideration. For those that not only work in China but also in another country or may have a foreign inheritance, foreign property, or other investments, etc., this may be a particular issue.

Forfeit of Benefits Back Home:

Since this card is not a visa, but a permanent residency in China, citizens of some countries may lose specific benefits back home (such as regarding access to credit, credit cards, voting, banking, etc.). In some cases, there may or may not be other additional requirements, such as maintaining an address back home.

Each country has its laws regarding its individual citizen’s status in another country. Therefore, foreign nationals must research their home country’s laws to ensure they will not lose any benefits they wish to maintain.

Lack of Social Acceptance/Awareness in China:

Keep in mind that at many railway stations, trains, airports, airlines, and hotels for domestic travel in China, often, the “Chinese Green Card” is not accepted, and one may still require a passport. Then, the questioning may continue regarding the lack of a visa or those who may question if the Green Card is real or what it is as they may not have experienced someone using this form of identification.

Some people reported not being able to use it at the automatic ticketing machines at railway stations, on the train, at the ticketing window, or even swipe at the platform gate without a printed ticket. These days with the second generation Chinese identification card, Chinese nationals can swipe at the platform gate without a physical ticket and show their identification to the ticket check employee on the train. Others reported difficulty in using it to check-in for flights or at airport security in airports and to check into hotels.

While legally, it may be allowed to be used as the same as a Chinese national’s identification, in practice, many reported not being able to use this type of personal identification.

Complying with the Residency Requirement:

Some people have the perception that the Government is starting to improve on the above drawbacks, whereas others disagree. The truth – Foreigners make up a relatively small percentage of the population in China, and in addition, naturally, as with any country, services will be geared toward their citizens. Of the number of foreigners in China, a relatively small number have this status.

Overall, it is important for foreign nationals to weigh the pros and cons of obtaining a Chinese Green Card.