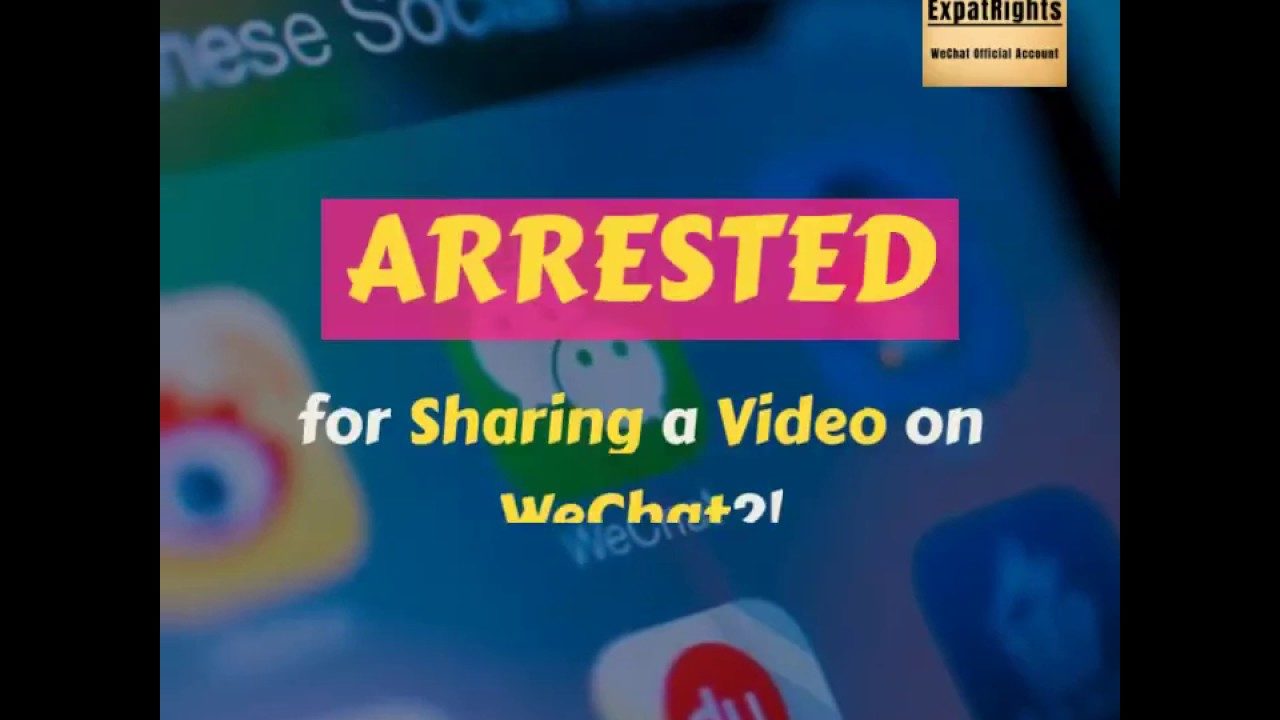 ARRESTED for Sharing a Video on WeChat

Recent news broke out of a WeChat user sharing a very graphic video in a group chat after seeing it in another one. But little did that user know sharing such type of content would be getting him into serious trouble.

Recently, in Nanning, Guangxi, three netizens got caught because…
Someone by the surname Mr Deng, from Nanning in Guangxi province, saw a video of a man shooting someone else in the head with a gun at close range, which was then forwarded to other WeChat groups by two other users, Mr Lei and Mr Shi.

The anti-terrorist reconnaissance detachment of the Nanning Public Security Bureau deemed that the content of the video contained violent and horrific images, which could harm the psychological and behavioural well-being of WeChat users.

As such, the Nanning Qingxiu District Procuratorate approved the arrest of those three men.

While the case indicates that this particular behaviour was nothing more than oblivious content sharing, it reflects a larger issue of netizens surfing the web and promoting unlawful behaviour to its users.

In this regard, the prosecutor reminded the vast number of Internet users that cyberspace does not stand outside the law, and in the face of violence, blood and fake rumours, we should not post nor spread them to wider audiences.

If you were to come across such content, you are strongly advised to report it to the relevant public security bureau immediately and cooperate with the network supervision department to investigate the source to prevent its proliferation and other adverse consequences to the greatest extent.

According to Article 120 of the Criminal Law of the People’s Republic of China, criminals can be sentenced to fixed and long-term imprisonment for up to 5 years if they produce and share terrorist or extremist content from books, articles, audio and video materials, or through lectures. In addition to criminal detention, public surveillance and deprivation of political rights can be imposed, as well as a hefty fine.

If someone owns such books or content that advertise terrorism or extremism, they can be sentenced for up to 3 years, with the same alternative consequences as listed above.

Not everything can be shared in WeChat groups.