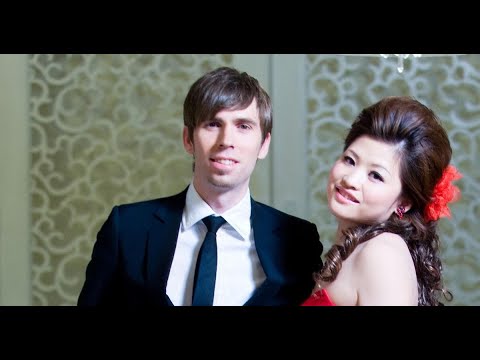 Parents of British Exec Killed by Chinese Wife Offer Her £40,000

The parents of a British executive murdered by his estranged wife in China have taken the heart-wrenching decision to offer their son’s killer more than £40,000 so that their grandchildren can grow up together in the UK.

Ian and Linda Simpson with their family and supporters have spent over two years fighting for custody of Alice, six, and eight-year-old Jack after their son Michael was stabbed to death in a jealous rage by Wei Wei Fu in his Shanghai apartment in March 2017.

They won custody of Alice in December and flew her home to start a new life in Suffolk after agreeing to pay Wei Wei’s family more than £9,000, guaranteeing that the siblings would speak by video link every week and meet up once a year.

But while the weekly calls have gone ahead, Jack’s Chinese grandparents have refused to honour the court agreement and hopes of a summer holiday reunion in Britain were dashed when they refused to let him leave their home in northwest China.

Now, Ian and Linda have written to the family offering to put 350,000 yuan (£40,200) into an account for Wei Wei to support her after she is released from her life term for murder if they agree to let Jack leave China for the UK.

The extraordinary offer to their son’s killer is the latest turn in a painful two-year transglobal custody fight over Jack and Alice, who were whisked away to the backward city of Nanzhang and denied contact with their British grandparents for a year after the murder.

Michael, 34, an executive with clothing firm Next who had lived in China for nine years, was killed in his Shanghai apartment by Wei Wei as Jack and Alice slept.

The couple had split two years earlier and Michael had been left to raise the children.

He was with his new partner when Wei Wei burst into his flat and stabbed him in the neck, killing him instantly.

She also attacked Michael’s girlfriend and left her with lifelong injuries.

Within days, Jack and Alice had been spirited 600 miles from Shanghai to live in Nanzhang with their Chinese grandparents, bicycle repairman Fu Shi Bao, 61, and Hu Dei Xiu, 55, while their mother awaited trial for Michael’s murder.

As Ian and Linda launched a complex legal fight for custody of the children which has already cost more than £100,000, the Fu family at one stage demanded more than £60,000 to hand over both Jack and Alice before finally agreeing to let Alice leave in a deal struck in court on Christmas Day.

The family earlier rejected an offer of £10,000 and a declaration of forgiveness from the Simpson family in return for handing over the children – a deal which under Chinese law could have halved Wei Wei’s minimum 20-year term when she was sentenced in July last year.

Ian, 70, said he wrote a letter to the Chinese family last week making the £40,000 offer after being told taking legal action to force them to abide by the court agreement would cost about £25,000 upwards and take up to a year – with no guarantee that they would ever comply.

‘The reason the Fu family want to keep Jack is so he can look after his mother – that is the [traditional] Chinese approach,’ he said.

‘The earliest Wei Wei will get out is 2036 and Jack will be 27 by that time. We’ve said we will put money in Wei Wei’s bank account and it will be worth double by the time she gets out, and that is the alternative to them hanging on to Jack.’

The decision to offer money to their son’s killer was an emotionally fraught one, admitted Ian, who is focusing on the welfare of Jack, who in recent months has finally been told his father is dead and has visited his mother in prison.

‘Believe me, it isn’t fair to Michael,’ he said. ‘But you have to come back to what is practical and put your emotions to one side.

‘If money is what it takes to bring Jack to Britain and reunite him with Alice, that is what we have to do.’

The father of murdered Michael Simpson has told of the anguished moment he had to tell his little granddaughter the truth about her parents after she asked him: ‘Did Mummy do something nasty to Daddy?’

Alice Simpson, six, did not know her father had been stabbed to death by his estranged wife Wei Wei Fu when she arrived in Britain to live with her grandparents in January nearly two years after the murder. Her Chinese grandparents had said only that her parents were working away.

Covering up the truth about Michael’s murder from Alice and her brother Jack meant Alice’s British family Ian and Linda had the ordeal of telling her what really happened as she tried to adjust to moving from China and relearning English.

‘We got someone who spoke Chinese to very gently explain to Alice her father was dead and her mother was in prison. I’m not sure if she fully understood that at the time but she said she did,’ said Ian, who consulted a psychiatrist for advice on how to break the news.