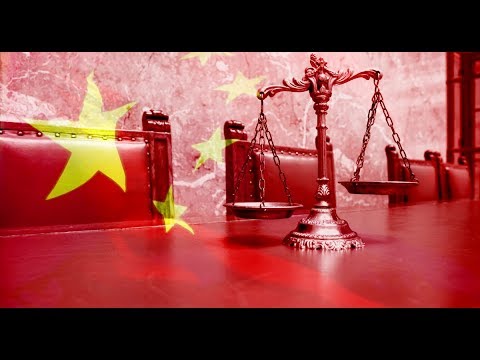 The New Foreign Investment Law: Opportunity or Not?

China’s new Foreign Investment Law was adopted during the 13th National People’s Congress on March 15, 2019. The effects of the new law on foreign businesses operating in China could be significant but are not so clear at this stage. So what is currently known about the new legislation?

Foreign-invested enterprises (FIEs) that were established in accordance with these older laws may keep their original corporate organizational structures for five years after the implementation of this new law during a transitional period that runs until December 31, 2024. China’s State Council, the executive branch of the central government, now has the task of formulating and implementing the regulations that will put the law’s guiding principles into practice.

The text is comprised of six chapters containing a total of 42 articles and was streamlined from a longer version of the legislation that was first announced by the government in 2015, with the final draft being deliberated and approved in only three months.

The law reaffirms China’s central state policy of opening up, encouragement of foreign investment in mainland China, and vows to build a market environment of stability, transparency, predictability and fair competition.

It states that China will treat foreign investment no less favorably than domestic investment, unless in a protected industry as defined by the ‘Negative List’, i.e. those that foreign investors are barred from.

It will apply these principles in relation to the formulation and application of compulsory standards, in handling government procurement tenders, and will also consult with FIEs when deciding on rules related to foreign investment.

The new law also prohibits forced technology transfer by administrative measures, such as by barring employees of the state from disclosing trade secrets of foreign investors that they learn in the course of performing their duties, and requiring them to fulfill their contracts with foreign investors. If the public interest requires those employees to change contractual terms with foreign investors or enterprises, they must be compensated for any loss sustained as a result, and also be allowed to file complaints against administrative agencies and their employees via a working mechanism.

As such, the law may have been fast-tracked to address three main criticisms the US government has made about the business environment in China:
1. Intellectual property theft and forced technology transfer.
2. Pressure exerted on foreign businesses to partner with Chinese companies in several sectors.
3. State subsidies provided to Chinese firms.

While the new law appears to directly address those concerns, many China watchers remain cautious given that the text contains no details on how the provisions of the law will be implemented. Furthermore, the law also allows for governmental expropriation of foreign assets under “special circumstances” and when “for the public interest.”

Therefore, while the new law signals the Chinese government’s intent to level the playing field for foreign investment in the country, companies and investors must await the implementing regulations before being able to know how their businesses will be affected.

Even once the regulations are published, a major test for those policies relating to the protection of foreign investment will be the vigor with which they are enforced and it may be some time before that is known. Foreign companies and entrepreneurs in China may feel the new law provides some hope that the commercial environment will improve in the near future.

Until those hopes are realized, however, patience, long-term planning and utilizing professional management solutions will remain the most effective ways for companies to overcome the challenges of operating in the Chinese market.