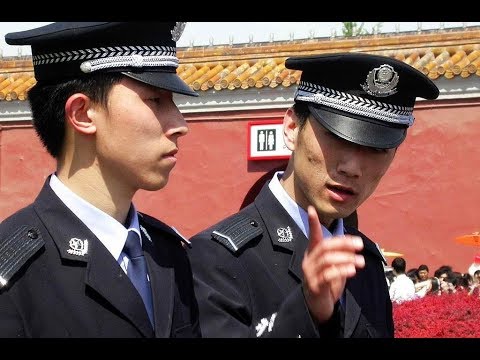 Why You’re Questioned, Rejected, or Banned from China

Why Expats Can Be Questioned, Rejected a Visa, Banned From Leave.
When foreigners are applying for a Visa, traveling into, and even when exiting China, they may be worried about negative situations that could arise.

The below topics are as per the Exit and Entry Administration Law of the People’s Republic of China.

– Types of Foreigners That Could be Questioned
– Types of Foreigners That Could be Rejected a Visa
– The Types of Foreigners That Could be Banned from LEAVING China
– The Rights of Foreigners
These Types of Foreigners Will be Questioned When Applying for a Visa –
In one of the following circumstances, a foreigner shall be interviewed as required by the visa authority abroad:
(1) The applicant applies for entry into China for residence;
(2) Information about the applicant’s personal identity or his or her purpose of entry requires further verification;
(3) The applicant has a record of being denied entry into China or ordered to exit China within the prescribed time limit; or
(4) Other circumstances where an interview is necessary.
These Types of Foreigners Will be Rejected When Applying for a Visa –
Under any of the following circumstances, no visa shall be issued to a foreigner:
(1) The foreigner has been deported as sentenced or repatriated as decided and the period of prohibition from entering China has not expired;
(2) The foreigner has serious mental disorder, infectious pulmonary tuberculosis or any other infectious disease that may cause serious damage to the public health;
(3) The foreigner may compromise the national security and interest of China, disrupt the public order, or commit other violations of law or criminal offences;
(4) The foreigner makes falsification in the process of visa application or is unable to prove sufficient funds to cover all necessary expenses for his or her period of stay within China;
(5) The foreigner is unable to present relevant documentation as required by the visa issuer; or
(6) Other circumstances under which the visa issuer deems it improper to issue a visa.
Because issuance of visas is the sovereignty of a state, the sovereign state has the power to allow or not to allow the entry of foreigners as needed. Therefore, visa issuers need not explain to the applicant the reasons for their refusal to issue a visa.
These Types of Foreigners Could Be Banned from LEAVING China –
Under any of the following circumstances, foreigners shall not be allowed to exit China:
(1) Are sentenced to criminal punishments, the execution of which are not completed, or suspects or defendants in criminal cases, except those who are sentenced and transferred under relevant agreements between China and foreign countries;
(2) Are involved in unsettled civil cases and are not allowed to exit China upon decision of the people’s courts;
(3) Are in arrears of paying off labor remuneration and therefore are not allowed to exit by decision of the relevant departments under the State Council or of the people’s governments of provinces, autonomous regions or municipalities directly under the Central Government; or
(4) Other circumstances in which exit shall not be allowed in accordance with laws or administrative regulations.
The Rights of Foreigners as Per the Law (Brief) –
The legitimate rights and interests of foreigners in China shall be protected by laws.

Foreigners in China shall abide by the Chinese laws, and shall not endanger China’s national security, harm public interests and disrupt social and public order.

As aforementioned, because issuance of visas is the sovereignty of a state, the sovereign state has the power to allow or not to allow the entry of foreigners as needed. Therefore, visa issuers need not explain to the applicant the reasons for their refusal to issue a visa.