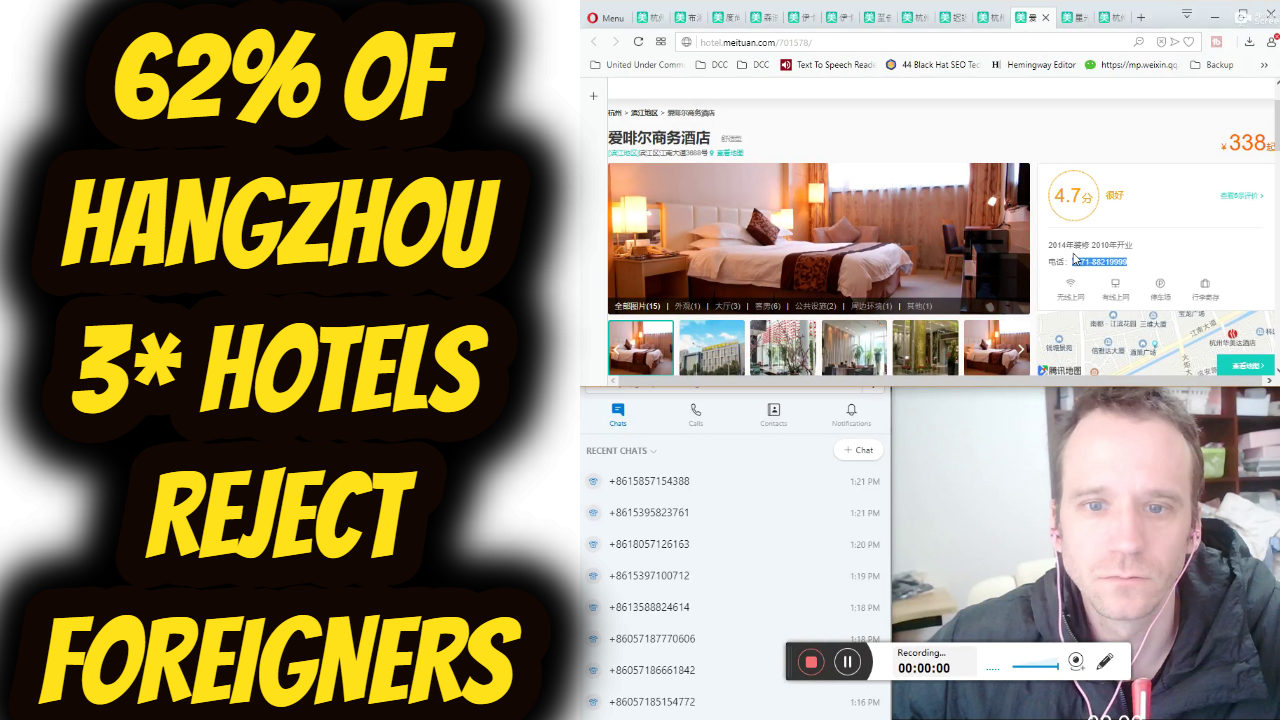 I called every 3-star hotel listing in Hangzhou’s Binjiang district (on Meituan).

@kyle 可乐 i faced the same situation in beijing just two days ago. I went to the business trip and book hotel by using ctrip app. But when i reached there, they said we are sorry we are not allowed to let foreigners live in hotels.

so i booked another hotel 7 天 by the same app, then again they said the foreigners are not allowed. then i called 95010 the customer service number of ctrip. then they help me book another hotel nearby and returned my deposit money.

most hotels don’t allow foreigners not simply because they are foreigners, but because they need to have certain registration or requirements met by the government. They weren’t as strict before but a few years the government really cracked down on them. So most places, without that documentation and not wanting to get a hefty fine, instead don’t accept foreigners.